The challenge for the week is Go-Sees!  Go-Sees are to ANTM as Restaurant Wars is to Top Chef.  It’s really neat to see these ~models~ interact with real designers to see how they’d fair in real life situations and not on a reality TV show.  The group is to pair off, and no one wants to work with Chantelle.  Will grabs Shei and Lenox snatches up Adam.  Keith, who is unsure if Chantelle has a crush on him or thinks of him as a big brother, bites the bullet and works with Chantelle.

Though Keith and Lenox both booked the same number, Keith attended one additional go-see so he wins!

The week’s photo shoot features one of the designers from the go-sees, Jinny Kim, and her fabulous shoes.  Here are the results! 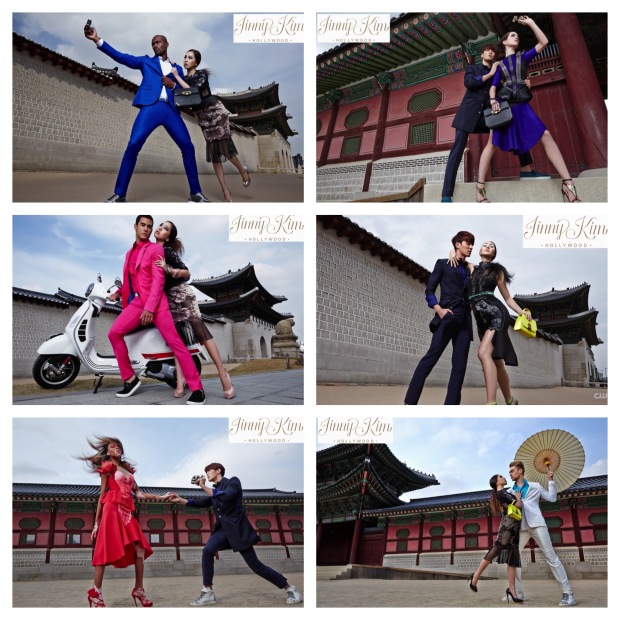 Keith was amazing this week! | Lenox’s photo isn’t my favorite, but those Jinny Kim shoes are FIERCE! | I’m obsessed with the wardrobe styling for Adam’s shoot. The picture is okay. | Shei seemed to forget it was a shoe photoshoot. | Chantelle’s photo has no life at all. | Tyra made a great choice directing Will to put up that umbrella. Lovely overall photo.

And the judges’ results:

Adam and Chantelle are in the bottom for the same reason– stiffness and control.  Adam is starting to loosen up and is entering into a new, sober chapter in his ANTM stint.  He stays.  Chantelle, who brought the drama back to the season in a post-Marjana world, has a bad attitude and definitely a lot of growing up to do.  She goes home, and this time, I am not sad to see her go.

What did you guys think of Chantelle’s second elimination?

And let’s not forget, this episode is called “The Girl Who Gets Caught in a Lie.” I left all that out, but if you want to chat about Chantelle’s “Panda” problem or her awkward and embarrassing lie, leave me a comment!

Sorry about the little ANTM hiatus, but I wasn’t interested in a recap episode even if it was entitled “What Happens on ANTM Stays on ANTM.”  Last week, though, we were FINALLY in Seoul, South Korea and back to the competition.  Let’s cover some ground, then jump into the recap.

One juicy detail that I may or may not have missed by skipping the previous week was a little confessional kiss shared by Adam and Shei.  It mostly looked like drunk Adam kissed a confused and giggling Shei, but they both admitted to finding each other attractive.

Next, let’s talk about Chantelle.  I, like many people, wanted Chantelle back in this competition.  She’s lovely, and her unique look is interesting and really makes you want to like her.  She went out of the competition rather early, and I completely had forgotten about her personality.  She’s really not nice, as Lenox said in the titular quote of this post.  She’s closed off, and her personality does not add to the group.  It’s hard to actually like her on the show.

The journey to Seoul was definitely a long one and the models obviously had jet lag to deal with.  Adam, apparently had an additional hurdle in that he drank a bit too much on the plane.  This episode is called “The Guy Who Partied Too Hard,” and Adam’s drinking is brought up again and again.  Even in his floating head interviews, his eyes appear bloodshot and he seems hungover.  Yikes!

The first challenge in Seoul brings them face-to-face with K-Pop group BtoB who preform “Beep Beep” for them.  Their challenge is then this: learn the dance and perform it on the streets of Seoul as a photo shoot.

Lenox is immediately nervous because she can’t dance, but she does a fairly good job of hiding it by assuming she’s just going to look like a fool.  (Hint: Lenox, the key to dancing is to have a good time.  There is a very thin line between cool and fool, and if you think it’s cool, people watching you probably will too.)  Raelia is pumped about this challenge, and Chantelle’s narcissism works well for it.  Will’s a dancer, and Keith has one move that really works well for the crowd.  Shei’s no stand out, but she holds her own.  The real problem is Adam, who is potentially drunk and/or hungover and is a step behind through the whole thing.

Chantelle, Keith, and Raelia are the top three for the challenge, but Raelia wins!!

Back at home, Adam continues drinking heavily.  The next morning he Adam tries to recover from his hangover by drinking more.  Will asks if he would like some water, to which he responds: “Water’s no good for hangovers.”  If someone could please make a .gif of the face Will makes at that moment, it would be greatly appreciated.

The photo shoot of the episode is held inside of Seoul City Hall and is for MCM.  Creative Director of the brand, Michael Michalsky is onsite and his German accent completely obscures the word “Seoul.”  Between him and Yu Tsai, the photo shoot is not pretty for some of them.

Judging takes place in a neon-filled room at Seoul Institute of the Arts.  There are two triple-ten (one from J. Alexander, Tyra Banks, and Kelly Cutrone) photos this week: Will & Keith! 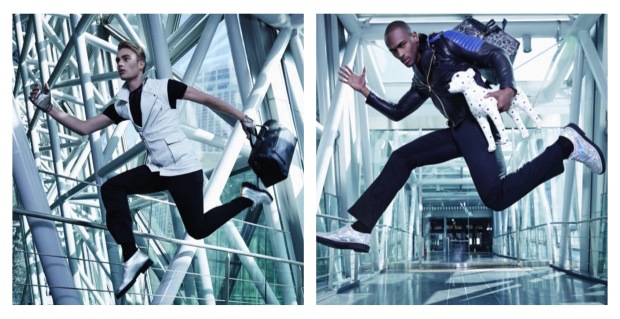 As for the rest, the proof is in the rankings:

Aaaand, I have two problems with this ranking.  (1) The judges like Adam’s picture, despite Tyra smelling alcohol on him both at the photo shoot and at judging.  This is not appropriate for work; you can not be drunk and/or impaired and perform your best work no matter what Adam thinks.

(2) I admit, I got teary that Raelia had to leave this week.  She wanted it; she deserved it.  She talks about coming from little and having nothing to go home to, and I felt for her.  It’s absolutely true that she did not take consistently good pictures, but her personality and energy was such a force on the show.  She gave her all, and it’s sad to see Chantelle stay over her.  Chantelle gives such a compartmentalized version of herself which inhibits her on set.

What did you think of the results from last week?  Who do you think is next to go home?

We resolve the cliffhanger ending at the beginning of “The Girl with the Bloodcurdling Scream,” and Chantelle rejoins the competition.  This is what I was hoping for!  Although, results were not quite as expected.  With 8 models in the competition and only 7 tickets to Seoul, people are more determined than ever.

So, the challenge is particularly relevant.  I just went through my first haunted house this weekend, and that’s basically what the model-hopefuls did.  They go through a pitch black hallway with scares along the way, then come face-to-face with the flashing lights of a camera and have to pose without fear.

Chantelle and Shei do the best, but Chantelle is ultimately the winner, already proving she deserves to be back in the competition.  However, she is not acting very happy to be back.

When it comes to the main photo shoot of the competition, Lenox asks her if she’s ready to rejoin the madness.  Chantelle says something along the lines of, I was having a better time out there.  Lenox takes this, understandably, as she doesn’t want to be there.

The photo shoot is (loosely) themed “no glove, no love” to promote condom use to prevent STDs.  This is a noble endeavor, but the only tie-in seems to be that the models are wearing fancy gloves.  They are posing with themselves and I think the shoot is super cool.

Although I think Lenox has the best photo of the week, her weak challenge score prevents her from taking that title.

Mirjana seemed lost this week without Denzel, and the proof was in the pictures.

What do you think about the group heading to Seoul?!