I’m so dumb, you guys.  I’ve been calling this episode the finale, when in fact the finale is tonight‘s episode.  I just assume this is it once they’re actually in the finale location!  We’ve seen finales with three in the past, can you blame me?  Anyway, I’m calling this penultimate episode “finale part one,” because, well, I’ve already put it out there.

Anyway, the final three relocate to the heart of the Yucatan for a habanero challenge.  They have to shop for their ingredients, which, as my fiancé notes, should be no problem– if you work in a kitchen, you speak Spanish… unless that kitchen is in Hawaii.  Sheldon seems to speak as much Spanish as I do, that is, none at all.  He ends up with a tamale instead of cheese.  Shirley used to work in a Mexican-Chinese fusion restaurant, and thus is complete in her element, but Brooke ends up taking the win again.

They cook in front of this amazing Indiana Jones-esque set and come up with the following: 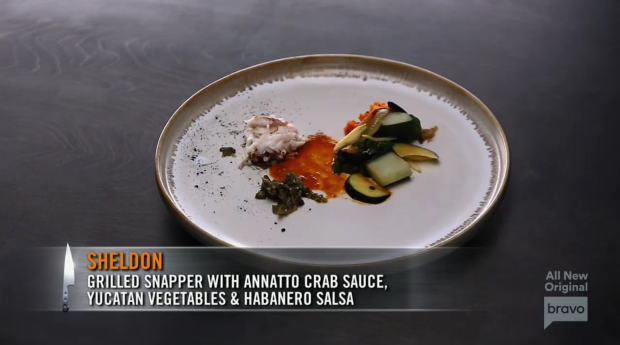 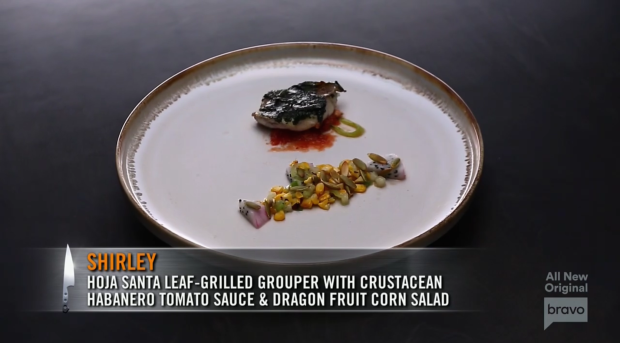 Shirley is the big winner and makes it into the [real] finale first– she’s full of joy!

Between Brooke & Sheldon, the choice is tougher.  What the judges really would love is Brooke’s fish on Sheldon’s dish, but they need to choose one.

It hurts, but Padma asks Sheldon to pack his knives before the real finale.  After, she & Tom both appear teary.  I was watching too!  Sheldon is so amazing, I’m truly sorry to see him go.  I do love a female finale, though!