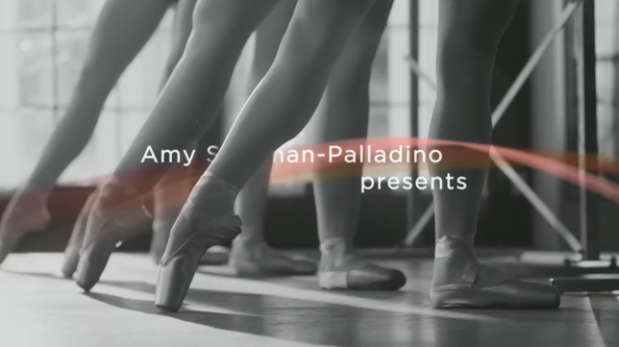 My friend Chelsea says that Gilmore Girls isn’t a show, it’s a lifestyle, and I have to agree. My vast TV on DVD collection does not include Gilmore Girls, sadly. I vaguely remember it being on Netflix for a while, but it disappeared long ago. Chelsea recommended Bunheads to me, “it’s not Gilmore Girls, but it’ll do.” As a former ballerina, there’s a lot about Bunheads that appeals to me on a level Gilmore Girls did not. Chels was a ballerina too, so I’m not sure where this doesn’t connect with her… but again, she’s living that Gilmore Girls lifestyle and it’s hard to stack up to that!

Bunheads, like Gilmore Girls, was created by Amy Sherman-Palladino. You’ll find a lot of the similar fast-paced and witty dialogue and the same small town setting filled with crazy characters. Watching the first episode, you might find yourself thinking it’s too Gilmore-esque. This is worsened by the fact that many of the same actors are used. Kelly Bishop, the fabulous Emily Gilmore, plays Fanny Flowers, owner of the dance studio. An actor who I only know by his Gilmore Girls character’s name, Kirk, plays hipster coffee-shop owner Bash. Lisa Weil, or Paris Geller from the Gilmore world, shows up as Milly later too. Eventually, though, the show finds its own rhythm and for this former ballerina, the dance numbers really set it apart and make it something special.

Broadway sensation Sutton Foster stars as Michelle, a former ballerina-turned-Vegas-showgirl. Michelle had such potential, but followed whims to a life of depressing Vegas numbers. She has a kind of stalker, Hubble, who sees her show in Vegas over and over again, and one night asks her to marry him. Sick of her life, she agrees and follows Hubble to Paradise, the small California town. She finds out he lives with his mother, Fanny, who runs a dance studio. When he suddenly dies, Michelle and Fanny are left to forge a relationship and a business in the studio.

The storylines also revolve around four ballet students: Sasha, Boo, Ginny, and Mel. Their family and relationship experiences cause them to grow throughout the series. Sasha’s storyline in particular gets most air time in the first and only season. This complicated girl is the studio’s star pupil, but a rebel.

Bunheads is available on Hulu through certain cable providers.
It is also available on Comcast Xfinity’s app through April 1.

Check out this dance clip that I could watch over and over again, featuring the fabulous Sasha!