Well hello!  This is little bit of a catch-up post, since I watched both “The Bounce” and “What Will We Do This Time About Adam?” last night after my 12 hour flight home from Tokyo.  I really liked both episodes!  I wanted to do a double recap for you before tonight’ episode… which I will hopefully stay awake for. 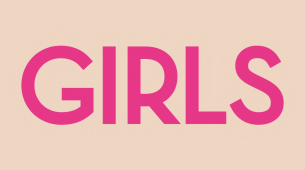 The Bounce is an Elijah episode, and it’s really fun.  It has Elijah auditioning for a musical adaptation of White Men Can’t Jump and watching the choreography is pure joy.   He does kill the vocal audition, despite being shaken up by the sudden appearance of ex-boyfriend Dill at his door.  He even comes home and tells him off, for a bit of closure and then a second chance with him.  He wakes up to a call back, having been asked to read for a role.  It’s so nice!

Less nice is Hannah’s role in this episode, as she’s finally decided to call Paul-Louis and tell him about the baby.  Despite not wanting him involved, his lack of interest in being a father to the baby is pretty devastating to Hannah.

Marnie is out of money and getting evicted.  She goes to pawn her locket and diamond earrings, only to learn that her parents lied to her about the value of these items– gold-plated pewter and glass, not gold and diamond.  She blames Desi for not paying rent, her parents for their lies, and the guy at the pawn shop points out that she’s the liar.  It gets to her, and she leaves Desi a voicemail apologizing, letting him know he owes her nothing, and telling him she’s moving in with her mom.

What Will We Do This Time About Adam? is probably my favorite episode title Girls has given us.  It’s a bit weird, but Adam has decided that he needs to raise this baby with Hannah.  He leaves Jessa, goes to Hannah, and they spend this idyllic day rekindling and planning for the baby.  It’s sweet, but yeah, weird.  Meanwhile, Jessa is determined to be the cool girl and not have emotions about Adam.  She looks for a hook up, but breaks down knowing that’s not what she wants.  As the day goes on, Hannah and Adam slowly realize that this chapter has closed– they are not going to be together.  Adam goes back to Jessa, who plays it cool but conceals a satisfied smile as he makes his way to her.

I’m so disappointed that Shosh has no storyline whatsoever this season.  She’s in this episode only to connect Ray and Abigail romantically.

It looks like we’ll finally have all four girls in one place before the season’s over, and I can hardly wait!  Thoughts?!