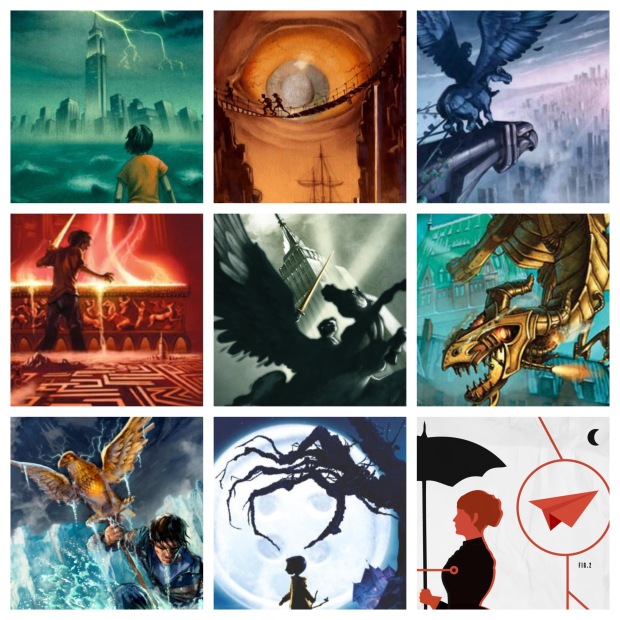 I crushed it in June, you guys.  I read 9 books this month, and I’m pretty sure the only reason I didn’t read more is because I had to order the final three books in the series I was plowing through.

See, I got sucked into the Percy Jackson series.  I bought the 5 book series in a box set at Target, thinking it would save me money as opposed to buying each book individually.  I was, admittedly, a little worried that I wouldn’t like them.  These are middle grade, not even YA, and I sometimes have issues with YA feeling a bit too young.  These books were not immature, though; sure, they were aimed at a younger audience, but they have literary merit.  The mythology is well done, unlike a certain book I read last month, and the books mature as the main character does.  They’re a bit silly, but they’re definitely funny and compelling!  I loved this series and as soon as I was done, I picked up the Heroes of Olympus series also by Rick Riordan.

I could only find the first two in my bookstore travels, so after reading those, I was forced to read something else as I waited for my three books to arrive.

I read Coraline by Neil Gaiman in a couple of hours– it’s a short one, but not as scary as I expected.  This is my third Gaiman book, and I’ve marked a couple more as to read.

I’ve also been using Audible this month, and although I’m not a huge fan of “reading” this way, it is a more constructive use of the quiet times while I work.  I listened to The Paper Magician by Charlie Holmberg.  The narrator took me a while to get used to, but I ended up loving the book!  I wished I’d read it instead of listened to it, though.

I’m already working my way through the rest of The Heroes of Olympus in July… check out my Goodreads for more!