Something’s on fire in the MasterChef kitchen.  Lots of things, actually, and don’t worry; they’re supposed to be.  This week’s Mystery Box challenge revealed a selection of alcoholic liqueurs meant expressly from a flambé challenge!

Christina, Graham, and Gordon each demonstrate a flambé dish.  The nine remaining home cooks try their hands at the fiery creations.  The judges taste:

Stephen wins three advantages!  First, he doesn’t have to cook.  Second, he takes control of the challenge.  He gets to chose between three Southern specialities: shrimp & grits, chicekn & waffles, and gumbo.  He picks chicken & waffles.  Each home cook has 60 minutes to prepare their take on the dish.  Oh, but then there’s that third advantage– one home cook will only get 30 minutes.  Stephen singles out Derrick, his toughest competitor, and continues the psychological warfare.

Here’s what the home cooks come up with: 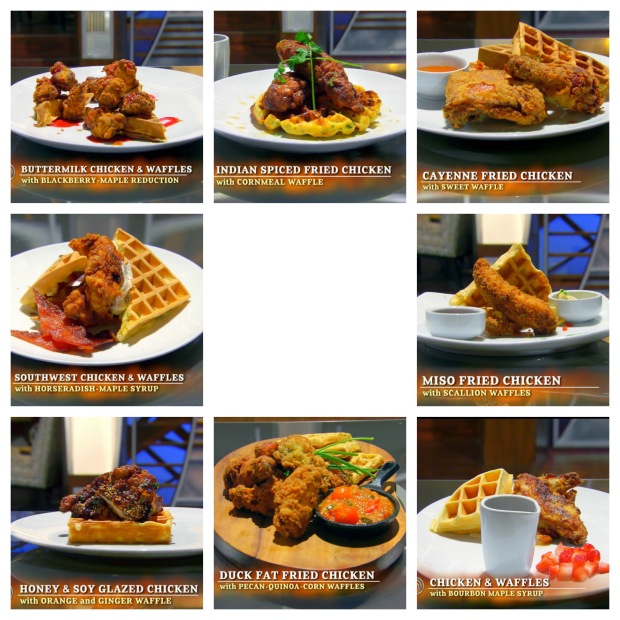 Tommy & Hetal are the top two and are set to be team captains next time around!

Shelly & Claudia are the bottom two.  Claudia’s never been in the bottom before, and even Chef Ramsay knows Shelly has gone as far as she can go in this competition.  She is eliminated.

So, I have a definite favorite pulling ahead… do you?!