You know what I love about MasterChef?  No theme song to sit through until we get to the show!  You know what else I love?  Mystery Box challenges!

For some reason I feel like this is our first true Mystery Box– the first set was different for each home cook and the second was like, Christina’s choice?  I don’t know how those themes invalidate them, but in my mind they do.  This week’s Mystery Box had a fun theme: breakfast!

Before the home cooks get to work, Gordon Ramsay announces that they’ll be cooking with a chef they could learn a thing or two from: Graham Elliot!  While the home cooks have one dish to make in 30 minutes, Graham ups the ante and decides to whip up three– one for him, one for Christina, and one for Gordon.

The top three plates that the judges taste are Nick’s breakfast three ways, Katrina’s blood sausage frittata, and Derrick’s expertly plated breakfast trio.  The winner of the advantage in the elimination challenge is… Derrick!  Aside from not having to cook, he heads into the pantry to determine the fate of all other home cooks.

In the pantry, Christina, Graham, and Gordon show him some creatively packaged TV dinners to chose from.  The home cooks must elevate this dish.  From Christina’s salisbury steak with broccoli and mac & cheese, Graham’s meatloaf with mixed veggies and potatoes, and Gordon’s turkey with gravy, green beans, and mashed potatoes, Derrick picks… 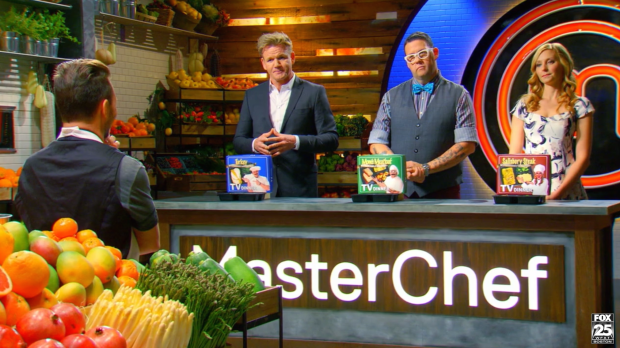 There’s another twist before they start cooking, though; Derrick gets another reward in that he can target a home cook of choice that has to stand idle for 15 minutes while the rest start.  Derrick selects Christopher, who only gets 45 minutes to cook while his competitors get the full hour.  Here are the results: 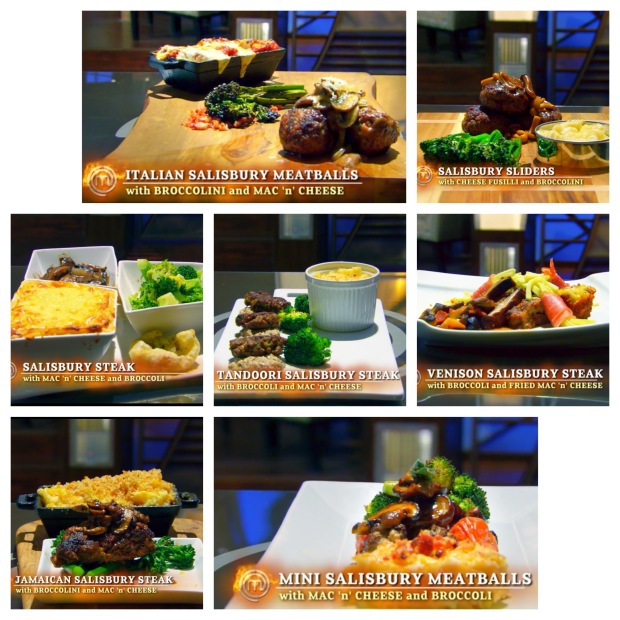 The bottom three are Hetal, Veronica, and Jesse.  Sadly, both Veronica and Jesse are sent packing.  I’m glad to have Hetal still here; I like her!  Let’s see how Nick and Olivia do as team captains next week!