I’ve honestly been dreading this episode, because that means this wonderful season of Top Chef is over!  However, I’ve been dying to see who will take this title… especially when it’s down to Gregory and Mei, who, as the episode notes, have traded wins all season.

It starts off with a lovely hot air balloon ride over San Miguel de Allende, Mexico.  Though Mei seems a bit nervous (“We might die today!) both she and Greg get to take is some breathtaking scenes.  As they come down, they see a more familiar scene: Tom and Padma.

They know and we know: this is the start of their final challenge.  It’s a simple one, according to Tom: Create the best four course meal of your life.  No pressure, right?

It’s time to pick their sous chefs!  Since Gregory won last time around, he gets first pick.  He choses Doug.  Mei is happy that leaves her the opportunity to pick her first choice, Melissa.  Gregory then selects George to round out his team.  Mei grabs Rebecca with the intentions of making a dessert. 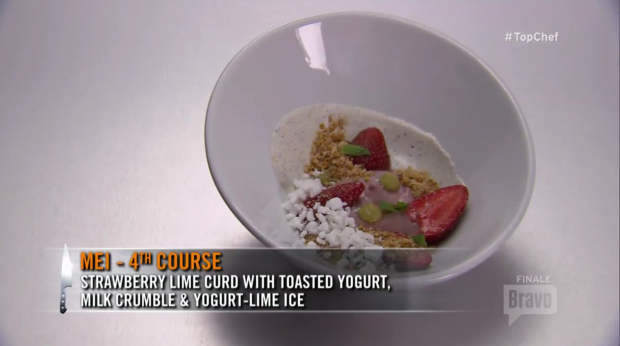 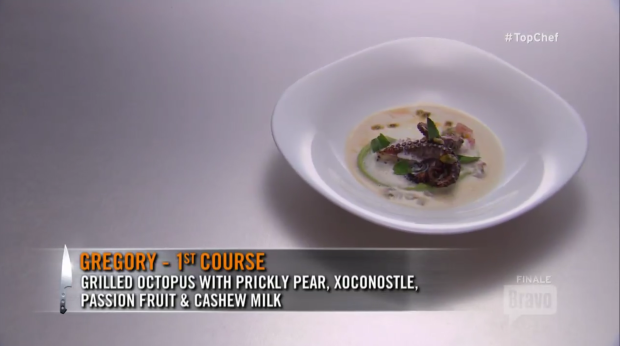 Both first courses go well, though Mei’s octopus is noted to be a bit chewy.  Gail likes it, but Richard calls it the biggest technical mistake of the dinner.  Greg seems to win this course.

The final course was the best for each chef, majorly impressive all the judges!

After deliberation, Mei and Greg stand in from of Padma, Tom, Hugh, Gail, and Richard.  All of their Boston competitors standby to watch the big moment.  “Mei,” says Padma, “You are Top Chef!”

I am so excited for Mei!  Though I think both she and Greg (and a lot of the other cheftestants) deserve to be there, I was really cheering Mei on!  She had so much drive to make her family proud and to live up to her chef, Top Chef Michael Voltaggio!  She call him at the end of the episode overwhelmed, and it’s a very sweet moment!  Can you believe she’s only the third woman that has ever won?  Hopefully we can see some more female Top Chef winners soon!

What did you think of Mei’s big win?!