School’s back in session and the students have returned to my city in full force.  The trains are packed in the morning, as everyone returns from vacation.  I mourn the loss of beach days, but I welcome the onslaught of Pumpkin Spice Lattes, pumpkin Munchkins, and pumpkin everything else I’ve already begun to consume.  Fall TV is looming, and I am ready!

I may have watched the entirety of Toddlers and Tiaras no less than three times this summer, but I also caught up on shows people have been recommending to me!  Here’s what I watched this summer: 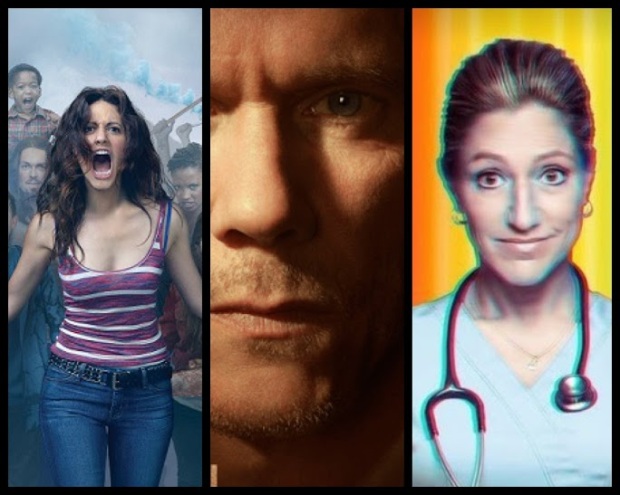 Shameless – At the recommendation of my cousin Amanda, I started this Showtime show at the very beginning of summer.  I had tried out the UK version of this show previously and didn’t connect with it at all, so I was resistant.  The US version was easier for me to connect with– familiar faces like Emmy Rossum and Joan Cusack drew me in.  Showtime Anytime is a wonderful thing, friends.  This series was engaging and hilarious, and I’m really looking forward to seeing this next season!

The Following – My friend and coworker Julia was actually my recommendation queen this summer.  I watched Scandal thanks to her, too!  She told me about this show on a Beacon Hill roof deck saying, I think you’d like it.  When I started this show about cults and serial killers, I thought: this is what you think of me?!  However, she was totally right.  I absolutely LOVED this show.  I only watched the first season, since it’s available on Netflix, and it definitely stands alone as an interesting story.  I will actively seek out season 2.

Nurse Jackie – Apparently it was the summer of Showtime for me.  My friend Chelsea recommended this to me years ago.  I’m a huge fan of House, which is why she thought I would like Nurse Jackie.  I was against the idea because it initially sounded too similar to House– a drug-addicted medical professional– but without the medical mysteries that make the show interesting!  Nurse Jackie is a dark comedy with an engaging cast of characters.  Once I got into it, I devoured the 6 seasons quickly!  I can’t believe I have to wait for 2015 to see what happens!

As you can see, I take my recommendations seriously.  Your turn: what should this girl watch next?

Have a great weekend, everybody!