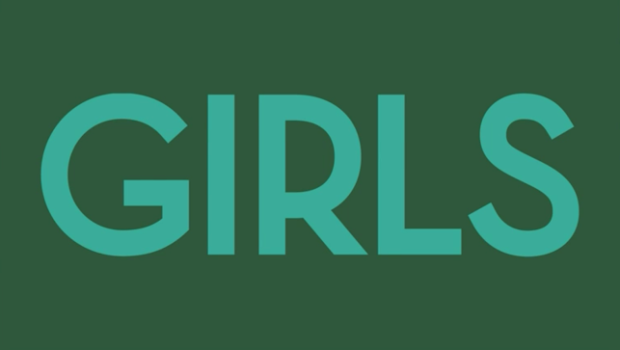 Did anyone else have so much trouble with HBO Go last night?  It was so overloaded because of the True Detective finale that it took me a good hour to even be able to sign on.  Thankfully, I did because I needed to watch Girls!

Hannah is out with her work friends drinking until she gets sick.  Work friend Joe takes her home with him, cleans her up, and lets her sleep it off.  She comes home to Adam the next day, who is focused on his play and isn’t overly worried about her.  He had asked her to stop by rehearsal later, and when she does, the director is not pleased.  Adam plays it off as if he hadn’t invited her.  I would have been so angry if I were her!  After which, Hannah decides that their relationship is not as exciting as it used to be.  She puts a plan in action to spice things up.

Marnie goes to Soo Jin’s gallery, thinking she will hire her as director.  Instead, Soo Jin offers her the role of her assistant.  I’d take it if I were her!  Marnie’s got to get herself back to work.  Desi helps Marnie work on her music.  He sings a pretty sexual song, and Marnie avoids a potentially embarrassing moment by asking who he was singing about: his girlfriend, Clementine.

Jessa is in complete junkie mode with Jasper.  Shoshanna arranges for the two of them to be face to face with Dot, Jasper’s daughter.  Dot manages to reconcile with her father, knowing he’s struggled with his drug problem.  In the wake of this, Jessa seems like the bad influence.  Jessa is left alone and once again, a drug addict.

Hannah tells Adam to meet her at a bar, where she waits in a blonde wig and in character.  “The fuck?” says Adam when he sees her, but then he starts playing along.  She’s weird and Hannah-y about it of course, and makes it way too dramatic, which leads to Adam getting punched in the street when Hannah yells for help.  “Break up with her.  She’s a fucking psycho,” advises the puncher.  Miraculously, Adam is still into it.  They go back to Marnie’s, which is Hannah’s character’s apartment, but once they get into it, Hannah switches the narrative to cheerleader/weird kid in school which offends Adam.  He ends up leaving to stay with Ray for a while and concentrate on the play.

See, I knew Hannah would mess this up!  Trust me, I know Adam’s not perfect, but what he said to her was sweet: they are girlfriend and boyfriend now and they don’t need to have weird anonymous sex.   I wonder what it is Hannah is trying to recapture, because their relationship started out so badly.

Only two episodes left!  I guess we’ll see what happens.