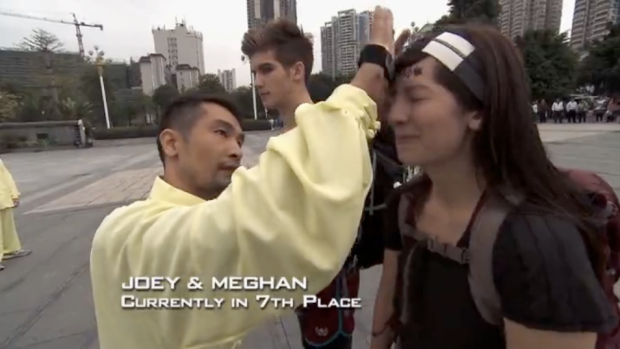 Going into this week’s race, I was super nervous for Team Youtube, who finished just shy of being eliminated last week.  The great thing about this race, though, it you can go from first to last in no time, and vice versa!  I’m not quite sure how the order was determined for the teams to depart, but I was glad Joey & Meghan weren’t last.  The first clue let the teams to the Chen Clan Academy.

The first big slip up of the episode started here.  Jet and Cord completely misjudged the distance of the academy from where they were.  In trying to run it while the rest of the teams grabbed cabs or took the metro, they lost their first place lead. 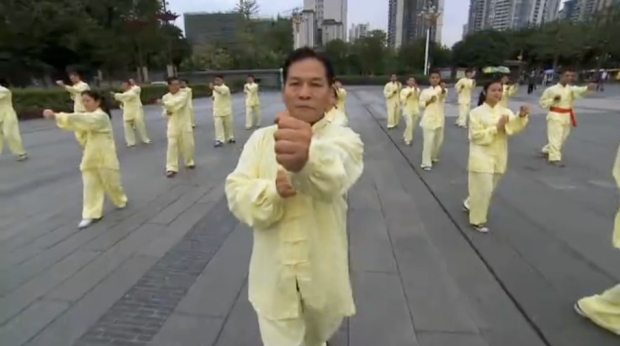 Chen Clan Academy presented some really lovely synchronized martial arts.  The master stamped the next clue on racers foreheads.  This clue let them to the Roadblock in toyland.

ROADBLOCK: one member of the team assembles a toy car for children.  Yeah, this would not be a Roadblock I would do.  I don’t even like assembling things when the directions are in English, let alone Chinese. Are you the mechanic that would take on this task?

The blondes, Caroline and Jennifer, manipulated Jet and Cord into giving them their extra Express Pass here so they could skip the Roadblock.  One threw a hissy fit for having to assemble because “it’s for boys,” and the other shamelessly flirted.  Meghan’s right; this is a total slap in the face to girlkind.  The last two assemblers are Meghan, with Joey to cheer her on, and John, with Jessica in the wings.  Meghan completes the task, then selflessly moves on the help John finish too!  What a sweetheart!

Next the teams are to take the cars for delivery to the children’s cultural center.  Here’s where the much hyped moment comes where Mallory abandons Mark’s backpack.  They do indeed go back to get it.  You’ll see before if it affects their rank!

The Detour is up next.  The teams have a choice between featherball, a Chinese hackey-sack equivalent, and a Chinese remedy using glass bulbs to remove toxins from the body.  All teams choose featherball.  Me, I’m intimidated by athletic feats requiring coordination; I probably would’ve gone remedy.

Featherball acted as a great equalizer, and the teams headed for the Pit Stop on  Shamian Island.