I admit it: I am obsessed with Lost Girl.  This show is just so well done, you guys!  After a successful Netflix binge, I have consumed all of the first three seasons.  That’s where Netflix ends, but the fourth season started back in October.  For those of us in America, season four just got underway in January.  I am happy to report that I am caught up by American standards!  If you’ve consumed all of what Netflix has to offer, here’s what you missed, the quick & dirty version. 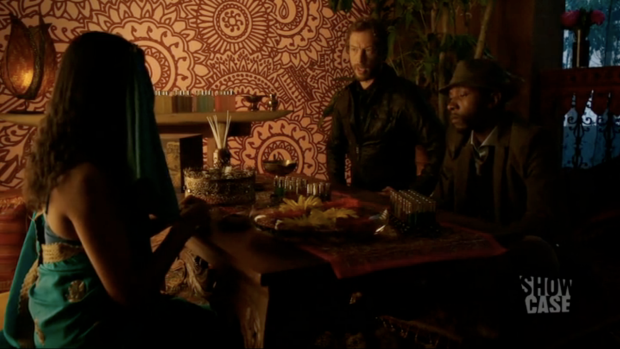 S4E1: In Memorium— With Bo sucked into the wanderer card, nobody realizes she’s gone.  In fact, nobody has any memory of Bo at all.  The only person who realizes something’s wrong is Aife who just knows in her heart that she had a daughter and would’ve named her after her own mother.  Vex has apparently kidnapped the Morrigan, claimed she’s dead, and taken her place as Morrigan.  This episode features a lot of dancing (Ksenia Solo showing off some skills), a lot of really disturbing character dynamics, and a red-headed Doctor Lauren who has run away from the world of fae. 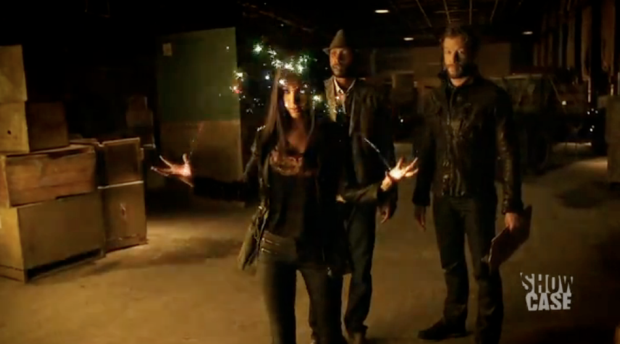 Oh, and Kenzie buys some fae magic from the Druid.

S4E2: Sleeping Beauty School— Memories of Bo restored, Dyson goes in search of Tamsin, who was the last person to see Bo.  He finds her, reincarnated. 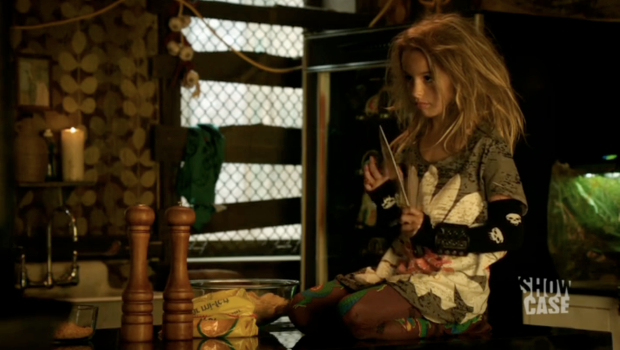 A little different than you may remember her. And hearts.

Little Tamsin makes this episode an absolutely joy, let me tell you.  Trick delivers the news that Bo is not on this plane of existence.  We do finally see Bo (all of Bo, as in not just her eyes) in this episode; she’s apparently in Kansas during the twister before The Wizard of Oz goes to color… maybe not, though.  Lauren does an alien-autopsy (of the fae variety) in the diner at which she’s been masquerading.  Hale admits he has feelings for Kenzi.  Dyson does some dimension jumping of his own to find her, by standing in front of a death train with a girl named Eddy.

And last night’s episode, S4e3: Lovers. Apart. — Eddy the elemental and Dyson are on the plane-traversing train.  Bo, having succubussed her way out of Kansas or whatever, is running in the woods into a fairytale castle/cottage thing.  A family comes home, caught off guard at Bo’s presence… so the disgruntled teenage daughter knocks Bo out with a frying pan.  Aside from the bump on the head, Bo is having trouble remembering shit and also not draining people of all their chi and killing them.  Back on the soul train, Dyson uses his wolfy nose to find where Bo once was.  Eddy/Clio explains that if Bo jumped without an invitation or anchor, she’s probably going crazy.

The Morrigan’s back, Elle Driver style.  (She gets another eyeball before the episode is over.)  A body-jumper terrorizes the family in the woods and Bo faces off against it.  Dyson shows up in time to help and take Bo home!  We might have just found out that Lauren’s real name is Karen.  She cheats on Bo, then her chick double-crosses her.  Mostly, this episode sucks ’cause there’s no Kenzi.

Too bad Clio had to go. She was fun. Don’t double-cross Bo.

So now you’re caught up too!